Back to work, and being hindered by organisational stuff. Didn't even program anything this week, but still broke the build. How Nice!

I did a tiny bit of work on Heron, my static site generator. I can now write inline-sidenoteslike this one with my own markup, and it'll be auto-inlined on the fly. This is super-awesome for me, because it means I can have my sources much more clean now.
I also added a "Makefile", which is a small python script that simply calls other functions. I've had a ~/bin/ folder for a long time, and it's in there now. So all I have to do is call shezi serve on any console and edit away. Since the library I use (livereload) not only does automatic watching and serving, but also includes automatic reloading when the content changesand Obsidian auto-saves all the time, I can have live previews of all my editing.
Sure, sure, it's much slower now: generating the site takes about one second. I do loads of stuff super-inefficiently. But guess what: I don't care; this is much more about workflow than about performance. And if performance becomes an issue, I'll simply add caching and only rebuild what's necessary.

Next up: image hostingPowered by Jealousy™ over Jochen's amazing photo galleries!

Alright, so... images. I did a first draft, and it works. It collects all images in a folder, will generate sourcesets for you and only output the files that are actually needed. But the markup is super-ugly, think Jinja in your content. I'll have to think of something much better.
So I did another take on it, and now I'm happy. Here's how to generate a full-width image in an article:

Since the syntax is parametrised and a all parameters go into the template, it's easy to have different formats: 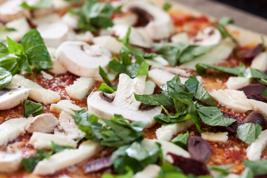 I could even put images in the sidebar. All with simple markup and template magic. Naturally, I am following the guide on responsive images by Smashing Magazine, so all of these images are properly srcseted. I mean, static hosting is super-fast anyway, but now I don't need to push all of these pixels to you if you don't need them.

Of course, it is all a bit hacky, but I don't care, because this is my tool. And there's still a gallery module missing, but that can wait!

Writing your own tooling is really great!

I don't have a good kitchen situation right now, but I still enjoy finding recipes. So I have a baking backlog.

And of course there are non-baking recipes as well:

If there's anything on that list you like, and you have an occasion, I'll bake it for you.